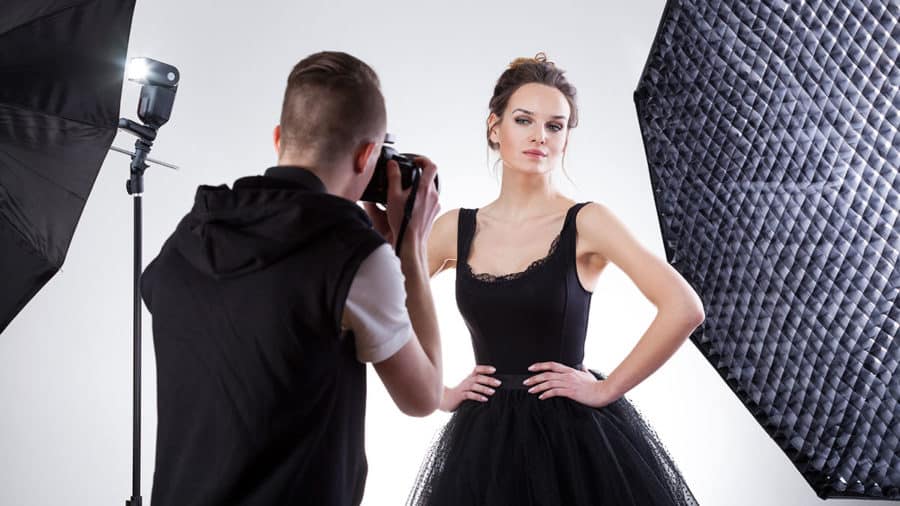 When the hottest photographers are working with top-end models it puts a huge amount of pressure on both people to make sure the shoot is definitely a success. Photographers have to think about many factors that will affect the outcome of the shoot. The locations are very important to make sure they achieve the right style for the shoot. After location, it’s important to think about what equipment to use based on the lighting as natural light requires the use of different cameras to artificial light.

Picking the correct equipment is also important, an article by Compact Click revealed that compact cameras provide the opportunity to take more pictures and are much easier to transfer for editing after the shoot. Models have to make sure that they look their best before a shoot, they’ll want their skin to look good so will need to ensure they have enough sleep leading up to the shoot and use good skincare products, on top of this they’ll likely have a full body wax and pick out the perfect shoot outfit.

Mario Testino is an incredibly popular and talented Peruvian photographer; he grew up in Lima surrounded by his Roman Catholic family and studied Economics at ‘La Universidad del Pacifico.’ However, this all changed for him when he moved to London and abandoned his studies of economics. He wanted to be a photographer and moving to London gave him the opportunity to try and achieve his goals.

When he moved to London he worked as a waiter to afford his rent and living expenses and started to pursue his dream career. He dyed his hair pink to try and get noticed and eventually it worked out for him. He is now one of the most famous fashion photographers and has worked with top-end models including models at Chanel, Burberry, and Versace.

Zhang Jingna is a very talented Chinese-Singaporean photographer. She was born in Bejing then moved to Singapore at the age of 8. Her first love was sports, she broke a national record in air rifle only 9 months after moving to Singapore and even went on to achieve a bronze medal in the commonwealth games. When she was eighteen she went to an arts college and it was here she gave up air rifle as she discovered her love for photography. Jingna is now one of the leading women fashion photographers. She has worked with amazing models such as those at Harper’s BAZAAR and Vogue. Jingna is so talented she has achieved so much in the photography field, she was featured on the prestigious list of Forbes 30 under 30 which is a massive achievement, alongside many other awards.

Lara Jade is a well-known, popular English photographer. She was born in Staffordshire and it was here at the very young age of 14 that she found her passion for photography. She started her career properly when she moved to London, before gaining popularity and moving to the fashion capital of New York. She became noticed worldwide thanks to her unique photography style and was invited to be a guest photographer on Poland’s Next Top Model. She has also worked with Gemma Chan and Zara Larsson.

Daniel Jackson was always interested in arts, he studied sculpting at university. This background helped him to become a photographer as his knowledge of shapes helps make the models look their best. He is so talented he works with some of the biggest models including Gigi Hadid and Doutzen Kroes.