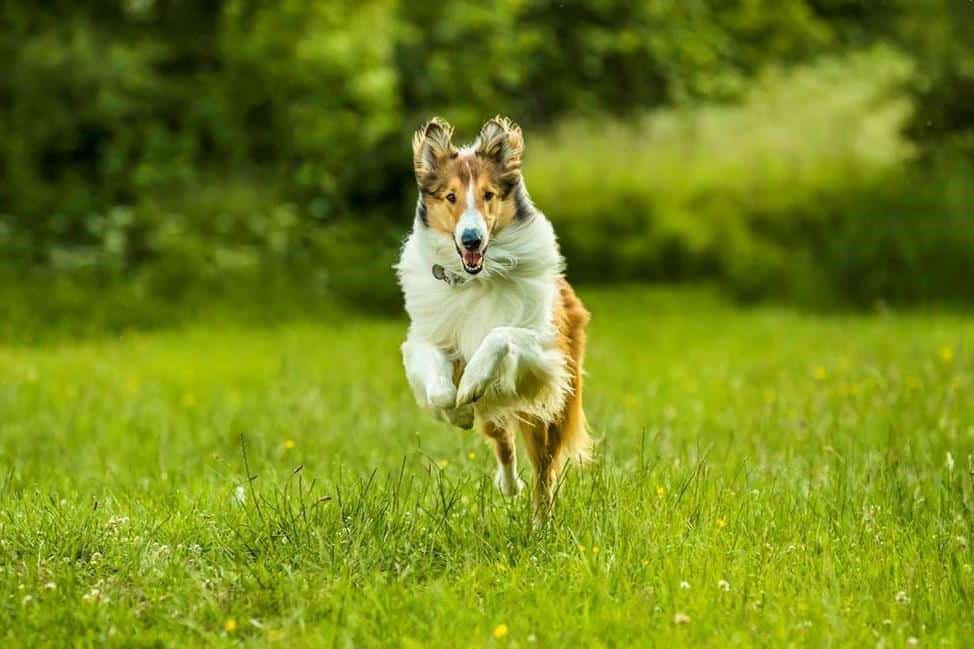 There is no denying that dogs have a special place in our hearts, with hundreds of millions of dogs owned as pets around the world. Therefore, it must come as no surprise that there have also been many dogs to grace the silver screen, warming the hearts of the nation with their adventures and wholesome stories. Movies starring dogs have been around for years, with different generations able to recall their own personal favorites canines from their childhood. Whilst there are undoubtedly hundreds of famous movie dogs to choose from and write about, this list narrows them down to just five, whose starring roles defined a generation.

Lassie is a well-loved Rough Collie, who sets off on an adventure to return home to her loving family after they are forced to sell her to help with their financial struggles. Her journey in this movie was only the beginning of her on-screen appearances, with the success of ‘Lassie Come Home’ leading her on to become the star of nine other movies and a TV series and becoming an icon in cinema across the world. It has been reported that Lassie is the most lucrative animal in movie history, bringing in $285 million.

Mischievous Marley was based on a real-life pup whose owner wrote a memoir about their adventures, which later was adapted into the iconic movie, enjoyed by dog-lovers everywhere. The story depicts the dedication that must be put into raising a puppy and while it certainly makes it look difficult, who can blame you for wanting to adopt your own Labrador retriever after watching. If any of these movies do encourage you to adopt, make sure you are prepared and have everything necessary for raising a dog. You may want to check out the best dog products reviewed at dogwish to ensure you get the highest quality products available for your new best friend.

Beethoven the St. Bernard dog is credited for the rise of interest in this particular breed after his movie was released. The movie centers around Beethoven’s life with the Newton family as he helps them to overcome their own problems, not only by protecting the kids from bullies and saving one of their lives, but he also brings the family closer in the end. This heart-warming movie certainly left an impact on the lives of kids in the 90s, and probably gave their parents a lot of grief thanks to the kids begging to get a dog of their own.

Toto may not have been the main character of this movie, but it is assumed that if you mention his name to anyone, they will know exactly who you are talking about. He was the loyal companion of the protagonist, Dorothy, although surprisingly ending up being in more scenes than Dorothy herself. Terry, the dog that played Toto, ended up getting paid more than some of the human actors in the movie. Thanks to the ongoing popularity of the movie ‘The Wizard of Oz’, Toto has not only defined the generation of the time the movie was released but has continued to impact the following generations and likely will do so for years to come.

Gromit is the canine counterpart of the iconic duo, Wallace and Gromit, whose escapades has created four short films and one feature-length movie. Their adventures have yet to end, however, as many spin-off and future projects have been made and are set to be made in the future. Gromit is just a little different from the others on this list, as he is not real, with the movies having been made in Claymation. This doesn’t make him any less loveable though, as he has become an icon to recent generations thanks to the fun that he brings to the screen.

This list has compiled just a small number of the hundreds of dogs that have left a great impression on different generations across the years. Nothing can compare to the love between a dog and its owner, which may be why these movies and the canines they feature have become so well-loved over the years.