Hollywood movies often present us with very unrealistic beauty standards. Women who are rake thin and caked in glamorous makeup, even though they supposedly just woke up. Men whose muscles are literally bursting out of their tight-fitting white t-shirt.

Lately, people have become a lot more socially aware. And with that new awareness, we have also started to realize just how unhealthy these standards set by the movies really are. Actresses literally starve themselves to make sure they get the role. Actors dehydrate themselves for days on end to make sure their muscles are showing and try to reduce their body fat content as much as possible.

So today we are going to be looking at 4 Clebeirtes that underwent some extreme exercise and diet regimes to get themselves fit for a role. And not always for the better.

We are going to start with a more upbeat story. Chris Hemsworth, the God of Thunder, is known for his stellar body. He is jacked. But it didn’t happen overnight. Far from it. Chris needed to find out how to get a toned stomach and there was only one man for the job.

Chris works with his personal trainer, and longtime friends, Luke Zocchi. Luke is one of the foremost personal trainers in Hollywood, having trained some of the biggest stars for the most amazing roles in cinema history. And Thor is just another name in his repertoire.

Chris takes on some seriously intense exercises. This includes carrying heavy medicine balls as he jumps through literal truck tires. He plays basketball with medicine balls. And adheres to a strict cardio routine that would leave anyone else dead in their tracks.

According to Luke, Chris usually has to put on 20 pounds of pure muscle for the role of Thor. And muscle isn’t permanent. So Christ has to redo his training every time he reprises the role. This is no small feat and shows just how dedicated Chris is to the role.

Christian Bale went in the opposite direction. In the film ‘The Machinist’ Bale played a character who was malnourished and tragically underweight. And to make it authentic, Bale had to lose all the weight until he was almost skeletal. This is one of the more dangerous transformations a Hollywood star has undergone.

According to reports, Bale’s diet consisted of a cup of coffee and an apple a day. Every other meal or snack was replaced with water. It didn’t take long for him to literally shred off the weight. He has since said it was a horrible experience physically, but mentally it was quite enlightening.

What he did after was just as impressive. He managed to put on 100 pounds in six months so he could play the role he is best known for. Batman. 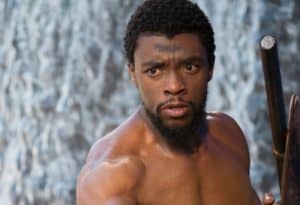 This year we lost a true star in the form of Chadwick Boseman. He sadly succumbed to cancer and left us to move onto the Wakandan afterlife. And he will forever remain in our hearts.

And his dedication to the role of black panther can be seen in his preparation for the role. Unlike other MCU alumni, Boseman needed to achieve a more lean and athletic build, while still showing off some serious muscle. So his exercise regime focused on some extreme cardio workouts mixed with a diet of lean proteins and a lot of fish.

He also received a lot of bruises as he threw himself into three different martial arts courses to make sure he really now the fighting styles his character would be using, along with also giving him a serious workout.

Blackswan follows a ballerina as she slowly spirals into the darkness of her own mind. And for this role, Natalie Portman had to undergo a serious transformation.

Ballerinas already have one of the strictest diet and exercise routines of any athlete on the planet. They need to stay nimble, flexible, and light-weight at all times. This meant Natalie had to drop twenty pounds. This was while also going through ballet lessons and flexibility classes to make sure she was truly ready for the role.